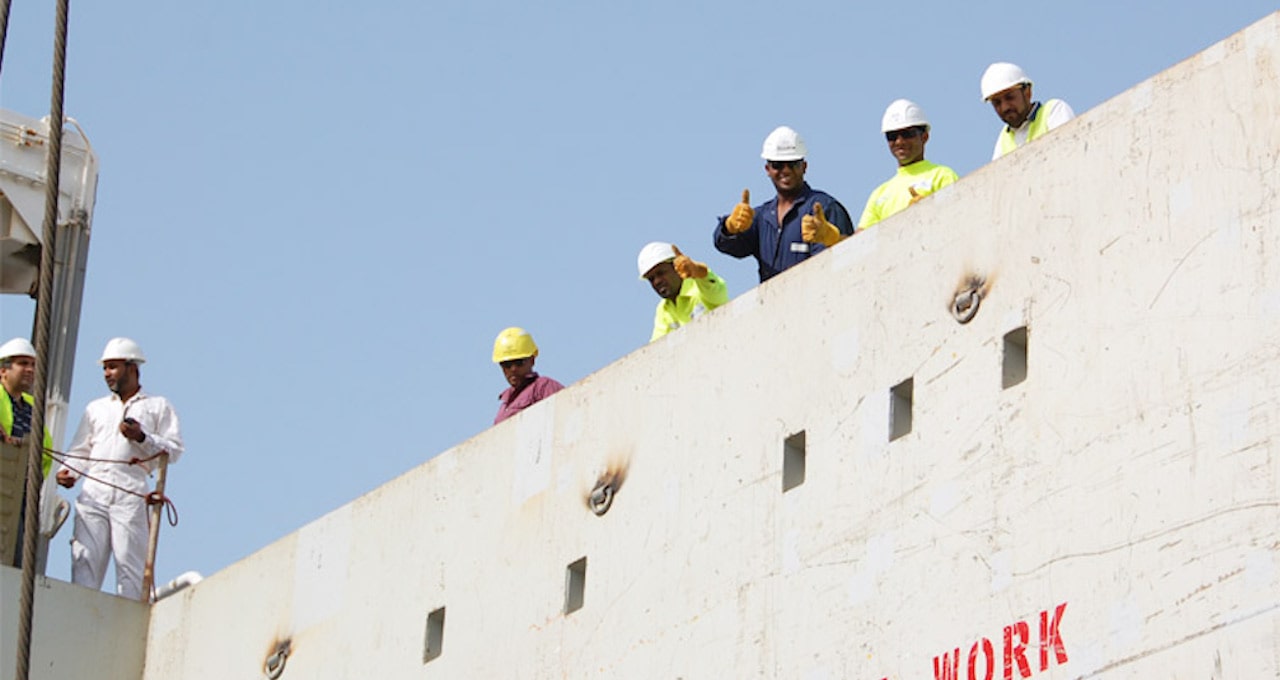 The Sultanate of Oman is going to be present at ItechMer in October this year. Following a study supported by the Ministry of Foreign Affairs and the Embassy of France, the invitation was made to the Sultanate of Oman to have a presence at the 13t in the series of ItechMer exhibitions held in the Breton port of Lorient.

Without the same level of hydrocarbon resources than its neighbours in the region, Oman is seeking to diversify its economy, and intends to rely on its strategic position in the Middle East to be a major player with some ambitious development plans. Following the the development of the ports of Salala in 1998 and Sohar in 2004, the government sees potential in the port of Duqm, between Muscat and Salalah.

This small town on the Omani coastline is the focus of a number of development projects for the port and economic and industrial zones around it, designed to enable Duqm to become a real competitor of the port of Jebel Ali in Dubai.
The city is still in its early stages of growth, with a newly completed basic road network, while the port and the dry dock have recently begun to operate. An oil refinery is ready to start operation and two luxury hotels have already opened. The international airport can accommodate the largest aircraft, with around 10,000 passengers passing through it every month.
An estimated 111,000 people are expected to move to Duqm as it continues to expand, based to a significant extent on plans for substantial investment going towards the creation of infrastructure for aquaculture, fisheries and seafood processing – and this brings opportunities for exhibitors demonstrating their skills and capabilities at ItechMer
‘The Omanis are not hesitating to call on overseas companies to supply equipment, and have no reservations about the origin of the equipment, as long as they are getting the best of what is available,’ said Maurice Benoish, the exhibition’s president.
‘Fishery resources in the Arabian Sea are abundant and well managed – and they are demanding new technologies suitable for sustainable fishing.’

Article précédent
Article suivant
We use cookies to ensure that we give you the best experience on our website. If you continue to use this site we will assume that you are happy with it.Ok